Being an agent is EXACTLY like this! Or not... 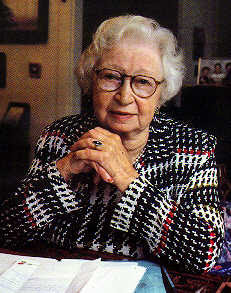 Miep Gies, the last surviving member of the group who helped protect Anne Frank and her family from the Nazis - and the person responsible for collecting and saving all of Anne Frank's personal papers - has died in the Netherlands at the age of 100.

Rest in peace, Miep, and thank you for sharing Anne's life with the world.
posted by Unknown at 7:09 PM 10 comments: links to this post

Why agents and editors say no.

You all may have read an enlightening post by my colleague Janet Reid tallying up the number of manuscripts she rejected in 2009 and why. (If not, go read it now.)

But what about those manuscripts that DID get an agent and get shopped?

Del Rey editorial director Betsy Mitchell has tallied up her manuscript rejections for 2009, and the reasons why she rejected each one.

It is a most edifying read. Go learn something!

(Crossposted to the FinePrint blog.)

posted by Unknown at 8:28 PM 9 comments: links to this post

Email ThisBlogThis!Share to TwitterShare to FacebookShare to Pinterest
tags: rejections

As of today, I've reopened to all queries again and I've substantially revised my submission guidelines. Click here to read. (And remember that I still don't accept paper queries.)
posted by Unknown at 6:10 PM links to this post 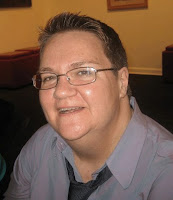 The Swivet is maintained - for good or for ill - by Colleen Lindsay.

Colleen Lindsay is an unrepentant nerd who spent most of her formative years hiding beneath the blankets with a flashlight and a book. Her obsession with reading was a hard habit to break; as a result, she’s worked in the book industry since 1984. Her first job in publishing was in Northern California as a mass merchandise sales assistant for Ballantine Books. For five years she served as Director of Publicity for Del Rey Books, a division of the Random House Publishing Group, specializing in the creative publicity and marketing of science fiction, fantasy, pop culture, YA fantasy, graphic novels, manga and third-party licensed media. Some of the authors whose publicity campaigns Colleen had the privilege to manage at Del Rey include Terry Brooks, Sir Arthur C. Clarke, Stephen Baxter, Elizabeth Moon, China Mieville, Richard K. Morgan, Minister Faust, Matthew Stover, R.A. Salvatore, and Harvey Pekar.

Colleen has also worked freelance as a book marketing/publicity/online/social media publishing consultant for several major trade publishers, as well as working on major non-fiction projects such as Mother Teresa: Come be My Light and A Complaint Free World.

She spent twelve years working as floor manager, backlist buyer and events manager at several San Francisco Bay Area independent bookstores and was a book reviewer for the San Francisco Chronicle under the inimitable Pat Holt. Most recently, Colleen worked as a literary agent at FinePrint Literary Management, where she discovered great genre and YA writers like Kelly Gay, Allison Pang, Ruth Long, Karen Rivers, and Scott Tracey.

In 2010, Colleen moved back into the world of Big Six publishing and helped launch Book Country, Penguin's online writing community for fiction writers. Currently she is Associate Director of Marketing, Social Media and Reader Experience at Penguin's NAL/Berkley Publishing Groups. You can usually find her on Twitter giving advice to writers, discussing the future of the publishing industry and waxing poetic about her cats Stinkyboy and Buddy.

More things to bear in mind about Colleen: She does not believe in clothes that need dry cleaning. She owns seven pairs of Converse All-Stars in varying colors. She has an irrational fear of gelatinous foods. She can probably be bribed with Scharffenberger Extra Dark Chocolate, a pound of Kaladi Brothers coffee, a fine cognac or a choice single malt. Colleen once got locked inside the Sistine Chapel quite by mistake (which Vatican security did not think was nearly as funny as she did). Her reading tastes tend to run toward the skiffy and criminal and the literary and the queer, with the occasional baffling foray into history. (Go figure.)

The Swivet is sometimes about (but not limited to) the following things (in no particular order): books, the book biz, words, reading, writing, genre fiction, social media, pop culture, cats (her own), babies (not her own), food, drink, queer stuff, ridiculousness, travel and New York City. Occasionally Colleen interviews authors (but only because she finds it difficult to interview cats).

She lives in New York City with her cat, Stinkyboy, and Stinkyboy’s cat, Buddy.

Colleen in available for speaking engagements and panel moderation at writers conferences and genre conventions. You can reach her by email here.
posted by clindsay at 12:19 PM links to this post